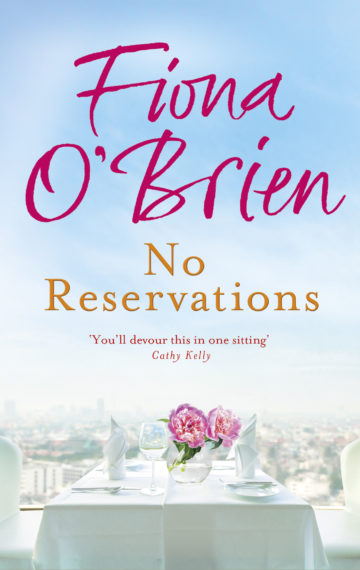 Newly opened Dominic’s is the hottest restaurant in town.

On any given day, rock stars, fashionistas, politicians, and celebrities can be found drooling over the food or the latest gossip – and the most delicious item on the menu is its divinely handsome proprietor, Dom Coleman-Cappabianca.

But Dom has rather a lot on his plate: his Italian mother Cici for starters – a glamorous Sophia Loren lookalike, who’s behaving very badly indeed.

Then there’s his blonde PR exec girlfriend Tanya, who seems hell bent on promoting her own interests.

Enter Italian American beauty Carla Berlusconi fleeing her native New York to escape her old fashioned father and three macho brothers. Arriving in Dublin, she hides out in Dominic’s as a waitress. But who is she? And what is her real story?

P.J. O’ Sullivan is always getting himself into hot water: the sexiest doctor in town, he loves good food, good company, and his adoring dog Bones. But can he ever forge a relationship with his resentful son Alex? And will he ever heal from his beloved wife’s death and find true love again?

Charlotte Keating is the perfect daughter, the perfect mother and now, the perfectly behaved divorcee . But her daughter Candy is about to change all that. Thanks to her indulgent and very rich father, Ossie Keating, Candy knows there’s nothing money can’t buy – until having too much of it proves a recipe for trouble.

From loquacious Dublin, to the eternal delights of romantic Rome, and New York, the city that never sleeps, a series of sizzling revelations ensure Dominic’s glamorous patrons discover that some things are definitely better off the menu.

And while Dominic’s chases its first Michelin Star, more than one person is forced to admit – that when love is the dish of the day, and family fidelity is tested to its limits – there’s always second helpings when it comes to love.